Several years ago when I'd give talks about tracing, I would start things off by asking the audience if they knew what distributed tracing was. Depending on the particular event, about 10-25% of the audience would raise their hands. These days, it's more like 90-95%. It happened incrementally, but somehow distributed tracing has graduated to become a well-understood requirement for any microservices or serverless transition strategy. After all, how else could one hope to understand the behavior of the wildly complex distributed systems we're all building?

But there's a catch that's not so well-understood: most distributed tracing users extract very little value from their traces. I've been working on some form of distributed tracing technology since I started tinkering with Dapper in late 2004. Over that time, I’ve come to recognize an important paradox: if we wish to understand the behavior of distributed systems, individual distributed traces are necessary but rarely sufficient on their own. Since they only represent isolated transactions, these individual transactions cannot convey confidence about a larger pattern of behavior, nor can they diagnose contention for shared resources or other interference effects – we even documented many of these limitations in the Dapper paper. So how can service owners extract the higher-level patterns and insights from the firehose of distinct distributed traces? 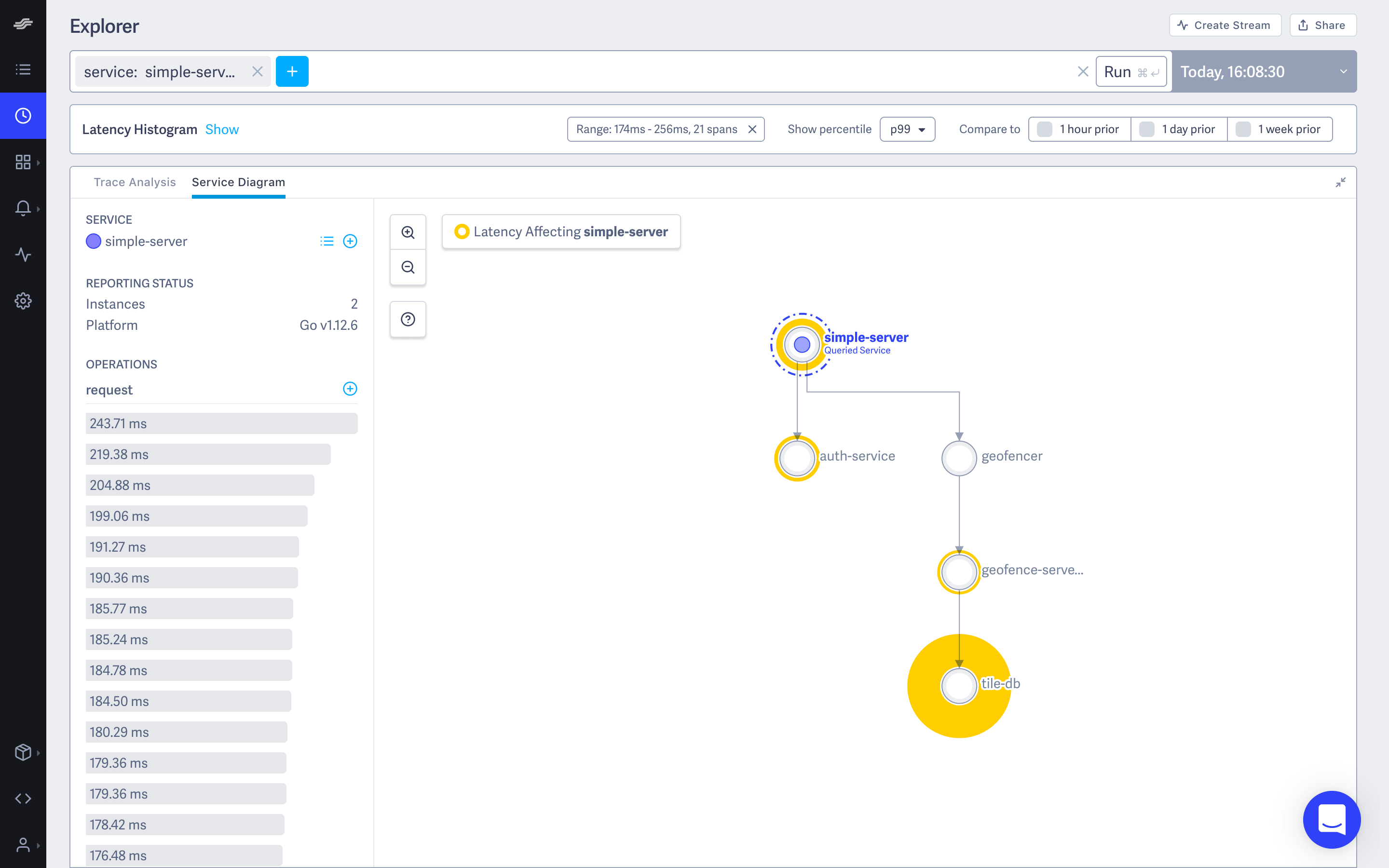 LightStep Tracing goes far beyond individual traces: tracing really gets powerful when our tools intelligently sample and analyze thousands of traces in order to answer specific, high-value questions. Features like high-fidelity histograms, historical layers, dynamic system diagrams – and building blocks like Snapshots – are all valuable industry firsts, and each offers something much richer than the distinct distributed traces used as input data.

Lightstep Tracing makes all of this available – as cloud-hosted SaaS – to any team that's adopting distributed tracing. And, since integration is based on a portable industry standard, those teams can switch to and from any other OpenTracing-compatible tracing solution in the future.

At Lightstep, our mission is to deliver confidence at scale for those who develop, operate, and rely upon today's powerful software applications. With Lightstep Tracing, we hope that many more teams across our industry will be able to attain a new level of confidence about their own systems – because that's what great tracing should do. Ready to get tracing? Learn more.