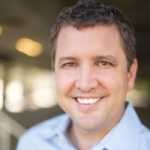 Tech is filled with bold statements and concepts. Statements like Kube-native: the push to have 100% Kubernetes environments; the idea that you should move all and any application to containers; and, microservices: an architectural style that organizes services as a collection used by an application, ideally increasing efficiency and reliability. But then there is the reality. How far should you take your microservices journey?

This list is not meant to discourage the use of microservices. For many, this is the exact list used to justify why to use microservices. Improved culture is critical to bringing DevOps principles into your organization. Small teams can actually increase collaboration and get functionality out the door faster. More portable infrastructure allows you to support your application across more regions, embracing multi-cloud and taking high-availability (HA) to a whole new level. In short: there are many advantages of microservices.

I did not include security on this list because once a good security model is set up, the implications of microservices on your attack service should not be any different than any other environment. What is different is that there are more moving parts, and knowing this in advance should allow a SecOps team to build a strategy that, once set up, is the same as if your application was running on a single server under someone's desk.